Service begins
with a smile

Check the avail­abi­lity of our rooms quickly

Let us introduce ourselves

The PHOENIX Hotel in Bergneustadt

The PHOENIX Hotel in Bergneustadt opened in 2008 after complete renovation and is a hotel that is certified by the German classification of hotels with 4 stars as a 'First Class' hotel. The 58 hotel rooms have 98 beds, are bright, friendly and modernly furnished.

The history of the PHOENIX Hotel goes back to the 60s. The PHOENIX Hotel formerly also called "Haus Florian" was a fire brigade recreation home for firefighters from North Rhine-Westphalia.

In 2009, the non-profit operating company fell into financial difficulties and had to file for bankruptcy due to a violation of construction costs. The property was sold in September 2010 and has since been run as a private, family-run hotel.

Some of our catering offers: 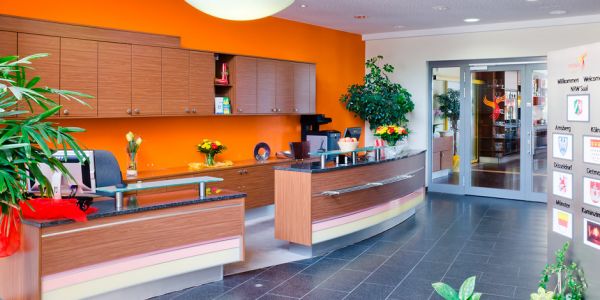 Retention period: This cookie will only remain for the current browser session.

Retention period: This cookie will only remain for the current browser session.